Welcome! We are excited that you want to learn Docker.

This page contains step-by-step instructions on how to get started with Docker. We also recommend the video walkthrough from Dockercon 2020. 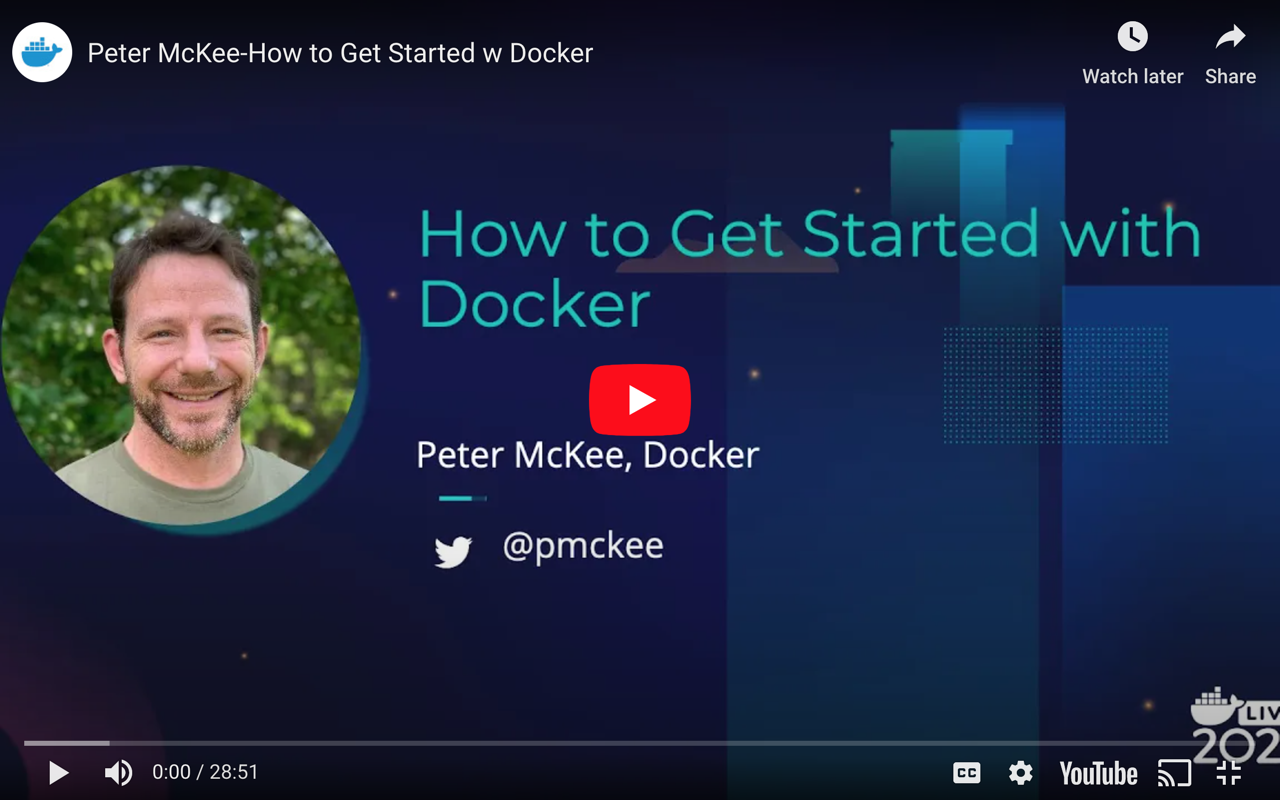 The Docker Quickstart training module teaches you how to:

Containerization is increasingly popular because containers are:

Fundamentally, a container is nothing but a running process, with some added encapsulation features applied to it in order to keep it isolated from the host and from other containers. One of the most important aspects of container isolation is that each container interacts with its own private filesystem; this filesystem is provided by a Docker image. An image includes everything needed to run an application - the code or binary, runtimes, dependencies, and any other filesystem objects required.

A container runs natively on Linux and shares the kernel of the host machine with other containers. It runs a discrete process, taking no more memory than any other executable, making it lightweight.

By contrast, a virtual machine (VM) runs a full-blown “guest” operating system with virtual access to host resources through a hypervisor. In general, VMs incur a lot of overhead beyond what is being consumed by your application logic.

Set up your Docker environment

Docker Desktop is an easy-to-install application for your Mac or Windows environment that enables you to start coding and containerizing in minutes. Docker Desktop includes everything you need to build, run, and share containerized applications right from your machine.

After you’ve successfully installed Docker Desktop, open a terminal and run docker --version to check the version of Docker installed on your machine.

At this point, you’ve installed Docker Desktop on your development machine, and ran a quick test to ensure you are set up to build and run your first containerized application.

Refer to the following topics for further documentation on all CLI commands used in this article: